UDP (User Datagram Protocol) is one of the well-known protocols in network communications. Thanks to it, we are able to watch video streaming platforms, communicate with video calls, and play numerous games. Let’s dive deep and explain a little bit more about it!

What is User Datagram Protocol?

The short acronym UDP stands for User Datagram Protocol, and it is a communication protocol applied across the Internet. It sets low-latency and loss tolerating connections between the different applications.

UDP offers fast communication due to the fact it allows data transfer before the receiving party provides an agreement. Therefore, UDP is highly valuable in communications that require speed and are considered time-sensitive. For example, Voice over IP (VoIP), Domain Name System (DNS) lookup, and video or audio playback.

Yet, this protocol is prone to data packet loss during travel from the source to the target destination. As a result, it could create some difficulties with the data transfer and makes it easy for cybercriminals to execute a Distributed Denial-of-Service (DDoS) attack.

UDP (User Datagram Protocol) acts in a simple way by transferring data between two devices in a network. It transmits packets (datagrams) straight to the target device without setting a connection, specifying the packets’ order, or examining if they are delivered as arranged.

Compared to TCP (Transmission Control Protocol), UDP provides more speed, yet it is not so reliable.

TCP communication involves a process known as a “handshake,” which establishes the connection. In addition, only when it is completed the transfer of data packets could happen.

On the other hand, the UDP connection is not including this “handshake” process which means one device simply starts sending the information to the receiving one. Additionally, UDP communications do not include details about the order or confirmation for the arrival of the data. It is exactly the opposite when it comes to TCP.

Based on these characteristics, UDP has the ability to transfer data packets a lot faster than TCP.

The downside of a UDP connection is the loss of packets during the transit, which is not going to be resent as they are in TCP connections. Therefore, when applications implement UDP, they should be able to tolerate losses, duplications, or errors.

UDP (User Datagram Protocol) operates with headers. It uses them for packaging the message data to be sent over the network. Each UDP header includes several parameters, also known as fields, which are determined by the technical specifications of the protocol.

The UDP (User Datagram Protocol) header contains four main fields. Each of them is 2 bytes. The UDP header has the following fields:

The UDP (User Datagram Protocol) is a great choice for various different network applications that require minimum latency, like gaming, voice, and also video communications. Services like these will not lower their quality if some of the data packets are lost during the transfer. Yet, despite the lost packets, there is a chance to implement techniques for further error correction and improvement of the audio and video quality.

DNS queries are small and simple requests which receive basic and straightforward answers. A device initiates a DNS query to the DNS servers for receiving essential information about a domain, like the IP address (IPv4 or IPv6). The process is on hold until the DNS query receives its reply. Due to the fact that TCP uses a three-way handshake procedure, it means the request is probably going to be answered very slowly. As a result, it will affect the performance in a negative way. For that reason, DNS queries rely on UDP for quick answers.

Why does DNS use UDP?

Another way for implementing UDP (User Datagram Protocol) is for multicasting. That is based on the fact it supports packet switching. Moreover, this network protocol could also be implemented for additional routing update protocols, for instance, Routing Information Protocol (RIP).

UDP vs. TCP – what are the differences?

Let’s explain a little bit more about what are the main differences between these two protocols:

Both TCP and UDP are transport layer protocols. However, there is a main contrast between them. TCP is a connection-oriented protocol. On the other side, UDP is a connectionless protocol. So, simply TCP needs to establish the connection before the communication, while UDP does not need to ensure that the two devices have a connection.

TCP is considered a reliable protocol based on the fact it ensures the delivery of the data packets. It involves an acknowledgment mechanism, in which the sender gets the acknowledgment from the receiver and examines if it is positive or negative. In case it is positive, the data has been delivered successfully. If it is negative, TCP is going to resend the data.

UDP is considered an unreliable protocol based on the fact it does not provide any guarantee that the delivery of the data has been successful.

As we mentioned, the first step for TCP is to build the connection between the two devices. Additionally, it completes a check for errors and makes sure that the transmission of the data packets is successful. On the other hand, UDP does not build a connection or ensure the transmission. For that reason, UDP is way faster than TCP.

When we speak about TCP, it offers the full-duplex service. That means the information is able to flow in both directions. Additionally, when we take a look at UDP, it is more fitting for the unidirectional flow of data.

UDP (User Datagram Protocol) serves a great purpose for applications that tolerate packet loss. That is not an issue. Yet, based on the fact that UDP is a connectionless protocol and it does not implement a “handshake” procedure provides an opportunity for cybercriminals. They take advantage of that by flooding their victim with UDP traffic. Attackers do not need to establish a connection and receive permission for initiating such a DDoS attack.

Usually, the UDP flood attack involves sending a massive amount of UDP datagrams to different ports on the victim’s device. That causes the victim to answer with the same amount of ICMP packets indicating that these ports are unreachable. As a result, the victim’s resources are exhausted, and the DDoS attack is completed.

Thankfully there are different ways to protect your device, network, server from such malicious attempts.

For sure, the development of UDP (User Datagram Protocol) is revolutionary. It allows fast delivery, which is highly valuable for a number of applications. UDP finds its purpose in many services despite the fact it has some downsides, mainly in DNS, video streaming, and gaming. 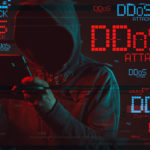 Previous Story
What is a Smurf DDoS attack?
→ 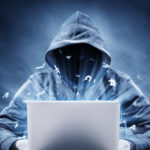 Next Story
DNS Tunneling attack – What is it, and how to protect ourselves?