ARP (Address Resolution Protocol) – Why is it important?

ARP (Address Resolution Protocol) is a fundamental networking protocol that plays a crucial role in allowing devices to communicate on a local network. In this article, we’ll dive deep into how ARP works and its importance. So whether you’re a network administrator or just someone who wants to learn more about how your devices communicate, this article is for you!

What is ARP (Address Resolution Protocol)?

The lengths of the IP and MAC addresses differ, which requires translation, allowing the two systems to recognize each other. The more widespread IP version nowadays is IP version 4 (IPv4), which is 32 bits long. On the other hand, MAC addresses are 48 bits long. The Address Resolution Protocol helps translate the 32-bit address to 48 and vice versa. Without it, software and devices would not be able to transfer data to each other.

ARP is a broadcast protocol, meaning it sends a broadcast message to all available devices on a particular local network, asking for the MAC address of a specific device with a known IP address. The device with that IP address then sends a reply back to the sender, confirming the connection and providing its own MAC address. Once the process is completed, the two devices can communicate by only using their physical addresses.

ARP was defined in 1982 by RFC 826, and since then, it has been a crucial component of network communications. Over the years, it has been modified to support new technologies and protocols.

Why is it important?

How Does ARP Work?

Address Resolution Protocol allows devices on a local area network (LAN) to map an IP address to a physical (MAC) address. Here is an example of how ARP works in several steps, using two devices, Device A and Device B:

We should mention that ARP operates at the data-link layer of the OSI model, and it uses the broadcast mechanism to reach the target device, so it’s a broadcast protocol. It’s also a stateless protocol, meaning it doesn’t keep a table of the recently searched IP-MAC associations. Instead, it simply sends the broadcast packet and waits for a reply. Additionally, if the IP address of Device B changes, Device A will need to send another ARP request to find the new MAC address associated with the new IP address.

There are several types of Address Resolution Protocols, including:

What are the differences between ARP, DHCP, and DNS?

Yet, they are different types of network protocols that serve different purposes:

Here are some of the main benefits of ARP (Address Resolution Protocol):

What is ARP spoofing?

ARP spoofing, also known as ARP cache poisoning, is a type of cyber attack in which an attacker sends fake ARP packets to a device on a network in order to gain access.

This allows the attacker to intercept and modify network traffic that is intended for the target device.

For example, an attacker can map their physical address to the IP address of the default gateway on a network in order to intercept and modify all network traffic that is intended for the Internet. That way, the attacker can proceed and steal sensitive information, such as login credentials and credit card numbers, or perform a man-in-the-middle attack.

In summary, ARP (Address Resolution Protocol) is a critical protocol that enables devices on a local network to communicate by mapping IP addresses to physical (MAC) addresses. It operates at the data-link layer and utilizes broadcasting to reach the target device. Therefore, a good understanding of ARP and its importance is essential for network administrators and those interested in how devices communicate on a local network. 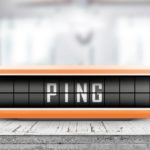 Previous Story
Ping of Death (PoD) – What is it, and how does it work?
→ 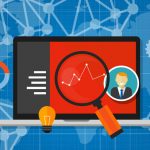 Next Story
rDNS explained in detail